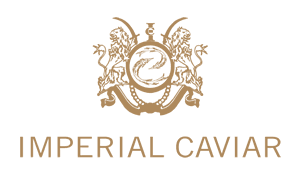 THE HISTORY OF CAVIAR

The Caspian Sea, home to the majestic Caspian sturgeon, is the largest landlocked body of water in the world. The salinity of the water is about a quarter of that found in other oceans. It is over five million years old and it is said that when Alexander the Great reached its southern shores during his invasion of the Persian Empire, he thought he had reached the end of the world.

The Caspian Sea is home to 75 species of wildlife endemic to its waters and nowhere else. Caspian caviar has always been recognised as the best caviar in the world, whether it is Iranian caviar or Russian caviar.

Sturgeon fishing in Iran has never been an industry, but rather a set of skills built on generations of know-how, an expertise passed on from one to the other. Ramin of Imperial Caviar was given this honour by his uncle Davood, an inspirational tutor of Caviar who in turn was entrusted by this acquaintance of Ramin Hossein’s grandfather. The torch will then be passed to nephew Armon to continue the dynasty !